Created in 2008, this logo is no doubt familiar to most of us. It appears on our letterhead, agenda, envelopes, etc. Often printed in black and white, the primary color version uses Madison Clay and Madison Green. The logo has several versions for various entities including Main Street Madison, the Visitors Center, and the Convention and Visitors Bureau. Like Madison, the logo is refined and friendly with a nod toward historic design. 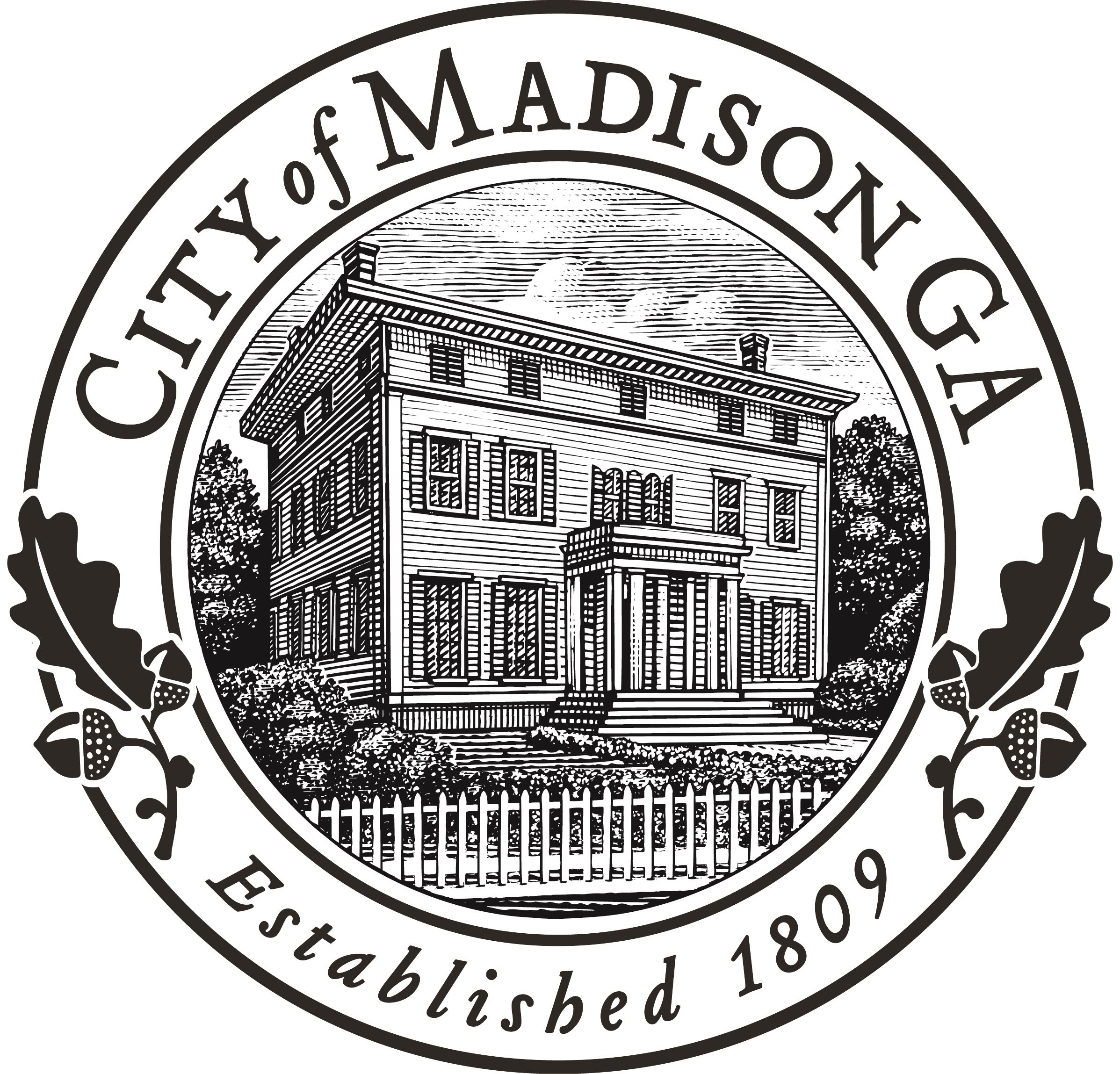 Madison’s official seal was approved by the Mayor and Council in 2015. The seal was designed as part of the rehabilitation of the Ben S. Thompson Building for the Meeting Hall where a cast bronze rendition hangs on the wall behind the dais. The seal depicts a visual element for which our community is known far and wide – a beautifully restored historic home – flanked by oak leaf branches and underscored by the city’s birthdate. 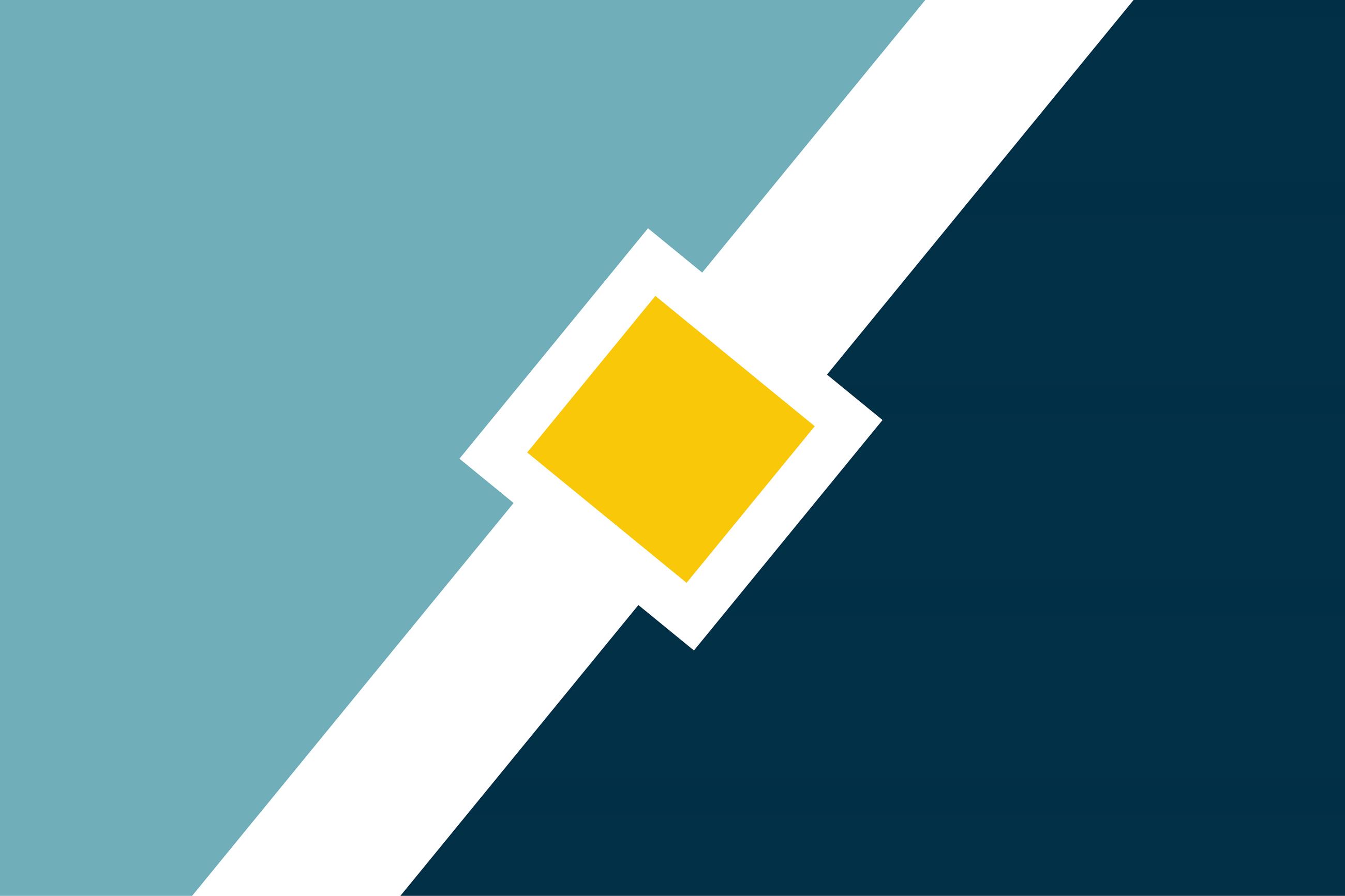 Created and approved in 2022, the flag consists of a strong diagonal line separating two fields of blue. This line represents the ridge on which Main Street runs creating Madison’s particular orientation. The blue fields represent the Sandy Creek (upper left) and Sugar Creek (lower right) watersheds divided by the ridge. The white outlining square represents Main, Washington, Jefferson, and Hancock streets which create the original courthouse square often referred to as a Washington-type plan after Washington, Georgia where it was first used in the state. The square is represented in gold signifying Madison’s abundant sunshine and the prosperity of our downtown.